Pickle the Pirate returned to doing agility when he was two years old, after he lost one eye to aspergillus fungus, and against the odds, came back to be even faster than he was pre-pirate. I had to be creative in my training and handling, to help him when I was on the side where he couldn’t see me. Pickle and I shared so many adventures!

My goal back then was to compete at the highest level of agility, including world team. Pickle made the Steeplechase and Grand Prix finals multiple years at USDAA Cynosports, winning 2nd place in 2006 in Steeplechase and 4th place in Grand Prix in 2006. 2006 was also the year I was trying to qualify for the USDAA IFCS World Team at 22”. Pickle measured just under 19 ¾” and even though we earned enough points for the 2nd place spot, Pickle was deemed “too tall” and didn’t get to go. I was very sad about this decision to say the least; it impacted much of my next few years and I had to work hard to learn to relish the fact that I DID accomplish my goal even though I didn’t get to go to Belgium that year.

In 2006 Pickle was invited to do the Purina 60 weave pole challenge (remember he only has one eye). Usually dogs close the eye that is closest to the pole they are weaving, and in fact I have pictures of Pickle “winking” closed his right eye and effectively weaving blind. Pickle won the Purina 60 Weave Pole Challenge that year! So awesome for weaving 30 of the poles with his eye shut!!!

Pickle also competed at AKC Nationals multiple years and won the Challenger round in 2008 which meant he could compete in the finals where he earned 3rd place.

Pickle ended his agility career at 2010 AKC Nationals where I had to pull him from the 2nd round due to his back injury. I learned to run every run like it is your last, because it just might be! 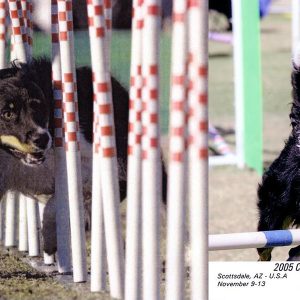 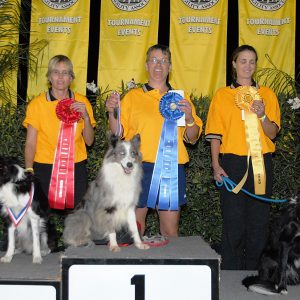 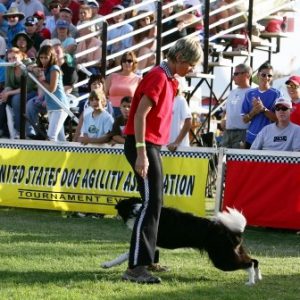 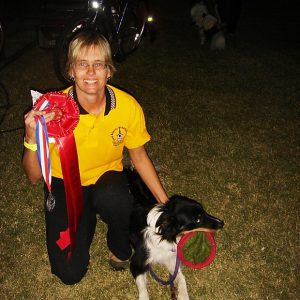 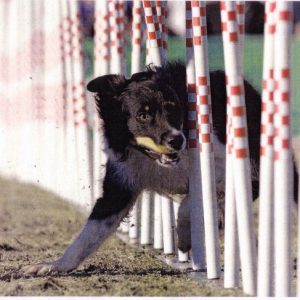 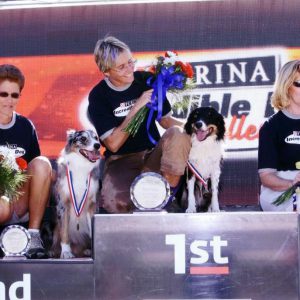 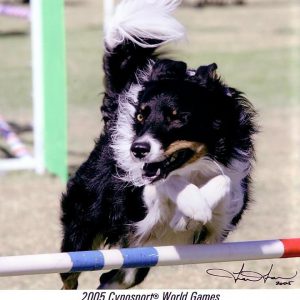