Bob is best described as a Golden Retriever in Border Collie clothing. He has a super sweet personality and loves to snuggle and be loved on. I really had to work to get Bob to tug with me and want to play and do agility together; we spent a lot of time learning about each other by doing tricks. He enjoys watching other dogs do agility but has a hard time focusing and doing it himself. I did everything I could do encourage his drive and love of agility: we do silly tricks on the start line, I don’t lead out unless I absolutely have to, he has running contacts, I taught him to bark in the weaves and tried to make agility as fun as possible.

Bob has competed in both USDAA and AKC and also has fun running with Jr Handlers in NADAC. He has definitely grown into a more confident agility dog as time goes by. The best compliments I have gotten about Bob are how much faster and happier he looks doing agility now! 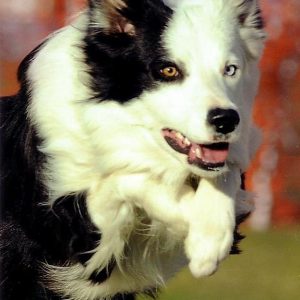 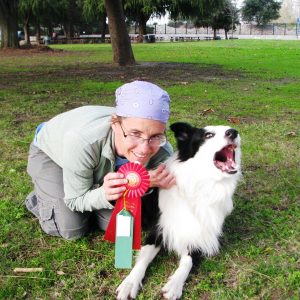 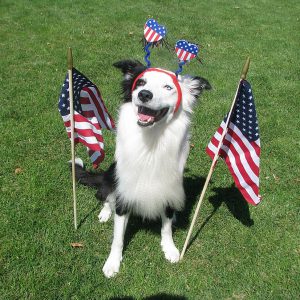 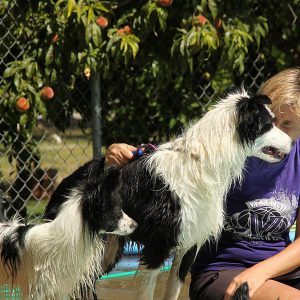 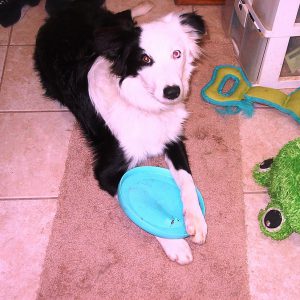 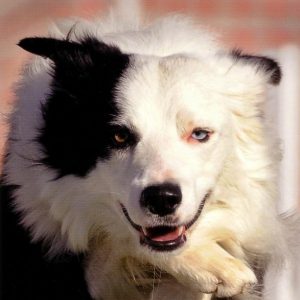 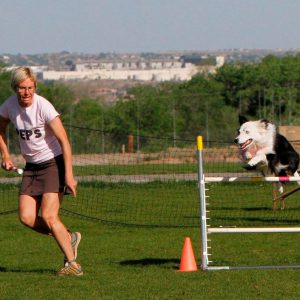